When CH&Co Group was launching its online agency, Go Ask eve, Patch was chosen as the digital partner. We joined the project team pre-launch and one of our first roles was to design a plan that would quickly establish the brand and generate sales while working towards a longer-term position.

One of our first roles was to work alongside the Head of Marketing and Head of Project to develop accurate traffic and web goal conversion forecasts by source. We defined how much traffic the brand needed to reach its income targets and where that traffic would come from. It allowed us to recommend a performance-based advertising budget and to have KPIs at every step of the way to ensure the budget was working as forecast.

The objective was to quickly drive qualified traffic to the site after launch with PPC positions, use SEO to develop organic positions that would provide a longer-term stable flow of qualified traffic at various stages of their customer journey and to provide analysis and conversion rate optimisation to use data to recommend conversion improvements to their in-house web team.

We developed an advertising suite and provided ad copywriting from launch with regular updates throughout the one-year campaign as a result of the ongoing A/B tests we were performing. 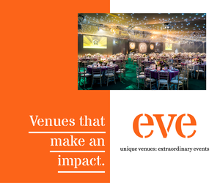 With a quick influx of traffic and leads generated from day one, the brand generated a sustainable income almost overnight. Initially 100% of the traffic was generated from PPC campaigns on Google search and social media but within four months of launch the site occupied page one ranks for search terms that qualified the searcher as interested in their products and services. Some search terms were entered 5400 times per month and had a keyword difficulty of 82% (very hard). By month three the site had achieved a search visibility equal to two of its immediate and well-established competitors.

Our strategy for SEO was to ensure that eve was found organically by its target customers at every stage of their customer journey and as their market goes about its day to day business on the internet. To achieve those objectives, we published optimised landing pages designed to compete for key terms that indicated a purchase intent, and produced content to target prospective customers who were early on in their customer journey and performing early stage research. In addition, we performed off page SEO and digital PR to earn enough backlinks and citations to compete effectively with well-established brands and to be found by our market when they are looking for solutions like Go Ask eve’s outside of mainstream search engines.

By month four the site was getting almost 15,000 organic impressions per day.

By the end of year one, 44.05% of all site traffic was coming from organic sources and 28.30% from direct which had been generated by social media brand awareness campaigns and digital PR activity.

Within 12 months, Go Ask eve had been transformed from a launch brand that relied on paid marketing activity into a brand that had become a household name within its industry. It had developed a lasting market position and a steady flow of organic and direct traffic that meant its survival was no longer linked to a high advertising spend.