bywp_patch
Instead of promoting a six pack for £4 or three for two on selected wines, Tesco has asked their customers to go and support their local pub instead.

Creative agency BBH incorporated Tesco’s strapline ‘every little helps’ into three full-page ads in The Times when asking for customers to consider visiting their local pub instead of buying alcohol from the supermarket giant. 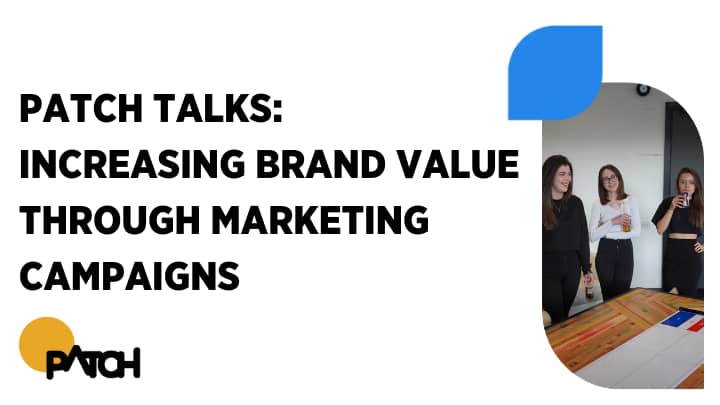 Why some of us at Patch love it

We’re a huge fan of supporting local, too. Many of us buy bread from the local bakery, fruits and vegetables from the greengrocers and eat and drink in local restaurants and bars such as The Guinea or Saint John’s Yard.

This campaign is excellent because Tesco – a massive multi-national supermarket chain – has shown its heart, passions and motivations by demonstrating their support for local businesses who have really struggled over the past year. An act of goodwill in times it’s needed most.

The gesture of goodwill will of course improve Tesco’s brand value as an already trusted brand but the effects for small business owners and local pubs will far outweigh the cost of advertising.

No doubt Tesco will also see benefit from this campaign but what is important is that small local businesses see an increase in sales too.

Why some of us see through it

We’ve booked full page adverts in the Times and we know it will have cost ‘em a few grand. Take it from us, who couldn’t get a table for love nor money on the night the pubs reopened; pubs didn’t need Tesco’s help filling up their limited capacity for the re-opening. No amount of snow, or even free cans of beer from Tesco, could keep Brits from the pubs after six months.

As for local, nowadays most pubs are owned by big groups like Punch and Greene King and they give their local landlords punitive deals that makes running a pub the modern, boozy equivalent of sustenance farming. The big pub landlords could’ve afforded their own Times ads if they needed them, but their marketing departments knew after all this time, filling pubs wouldn’t be a problem. The re-opening of pubs was the talk of every town, all over every social network, news channel and newspaper, you couldn’t have asked for a better re-opening PR campaign. Weren’t Tesco just piggy backing off the buzz pubs received?

As a marketing tactic it was already done by Burger King a few months ago when they gave space up on their Instagram to any independent restaurant that needed help during a difficult time. That blew up in their face with most people calling out BK for having a long history of not giving a f^ck about independent establishments. Tesco have a history of treating their pub friends the same way BK has treated its fellow restaurateurs. A lot of the UK seem to have forgotten that for the past few decades, Tesco has been hammering pubs by leading the charge on cheap value packs of lagers and offers so good, beer costs less than bottled water.

If Tesco, or BK, really wanted to help they could give cold hard cash to struggling establishments.

Does generosity from big brands add value to a brand? BK received backlash for false generosity in the name of PR. Let’s hope it’s second time lucky for this campaign for Tesco.

A big print ad means something, its why people still print open letters in newspapers when they could just put them on Medium for free. Its impact makes it perfect to seem like a major campaign and it looks better in clippings (e.g. as a featured image for a press release) than a digital ad. Print still carries influence and weight but if they really wanted to reach a lot of people quickly and to target people surrounding Tesco stores, digital would’ve been faster, more accurate and more cost effective – and we’ve no doubt that they know this.

This was about leveraging impact to make a noise. Print makes an impact but if you buy a few ads and bung media outlets some money you have a much better chance of getting your press release covered. It doesn’t matter how much you spend with digital networks like Google or Facebook; they work on algorithms that don’t accept rewards or return favours. Perhaps that’s why they chose print as well.

We’re a marketing agency with an honest approach and an analytical mindset. We’ve been around since 2010 and have a long track record of growing businesses using conventional and digital media.